Playing Small as a Healthy Alternative to Playing Bigger

Playing Small as a Healthy Alternative to Playing Bigger 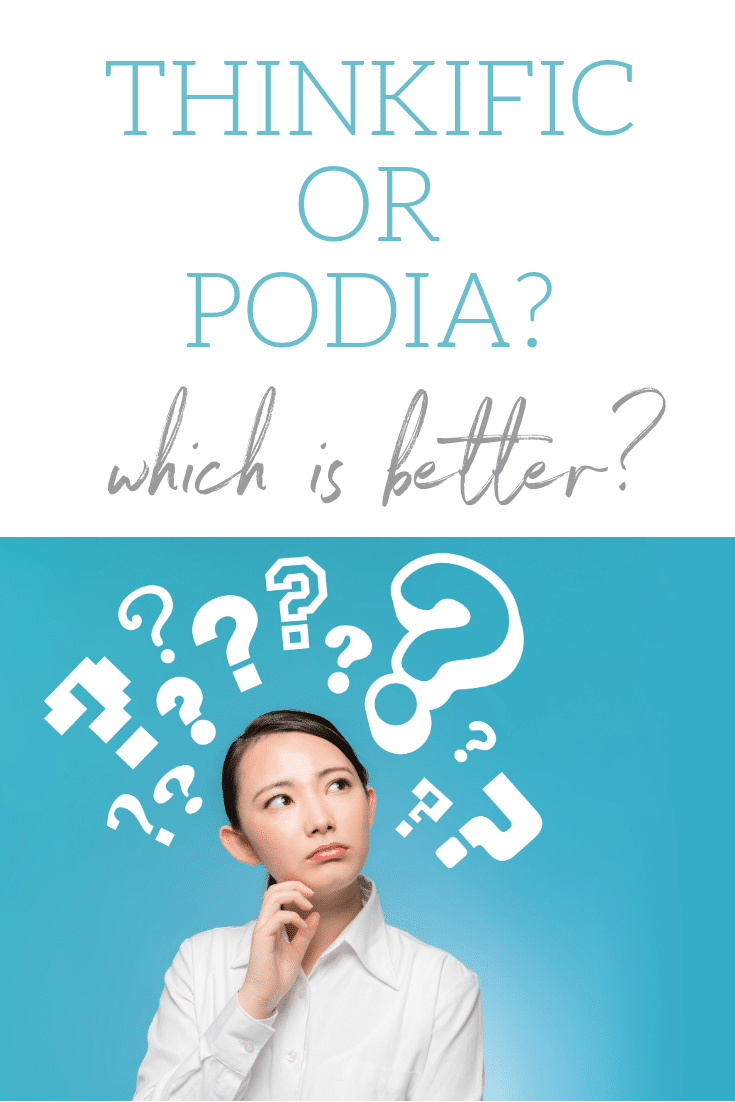 From our youngest days, we are told to dream big, reach for the stars, swing for the fences, aim high, go big or go home. As adults, we continue to receive the clear message that if we’re not always striving to “play bigger”—to have and be more—then we’re lazy, lack ambition…basically, we’re failing.

Even more, we’re pushed to do it fast. It’s not enough to have big goals, we must realize them as quickly as possible. Take too long and, again, you’re failing.

And how do we make it all happen? Be smart and work hard. Hustle and grind hard and fast enough, we learn, and we can have everything we desire. If your effort doesn’t net the desired results? Yep, you’re failing.

Pass a test? Get an A+!
Play soccer with friends for fun? Join a competitive club team and try for a scholarship!
Go to a local state university? Strive for an ivy-league education!

Be content in a 1,500-square-foot home? Long for a 5,000-square-foot McMansion!
Treasure a dependable Honda for a decade? Lust after a shiny, new Tesla!
Enjoy a staycation with the family? Drool over the 5-star resort on a secluded beach!

Marketers call this Problem, Agitation, Solution. Identify a problem (wanting more for your life), then make it seem bigger by “throwing salt in the wound,” as one marketing blog puts it, and then offering a solution. By the time they’ve made you feel shitty enough, the solution they’ve presented feels like the only option.

This type of all-or-nothing, now-or-never thinking isn’t limited to the big stuff. It’s even part of common thinking around simple daily tasks. It’s not enough to tick one box off your to-do list in a day. You better tick all of them—plus a few of tomorrow’s.

Does this never-ending chase for more feel crushingly familiar? You’re not alone. In fact, it’s nearly impossible for any of us to avoid receiving and participating in this narrative. That’s because it doesn’t happen by chance. It is an integral part of patriarchy.

Inherent in the “play bigger” messaging? The need to produce and acquire. You must work long and hard to get that carrot dangling from the stick. In other words, do your part to sustain capitalism (one of the five pillars of patriarchy).

Perhaps worst of all, the pursuit of more never ends. We spend our lifetimes trying to measure up to external expectations, “keep up with the Joneses,” and stave off FOMO (exacerbated tenfold by social media).

We’re never satisfied, even as we get more. This phenomenon is called the hedonic treadmill, or the theory that humans quickly return to a baseline of happiness even after positive changes. Even if you get a promotion, buy a new car, or win millions of dollars, you’ll return to a set point and soon find yourself again desiring even more.

In short, we’re like hamsters stuck on a wheel. We’re endlessly running, hoping to reach some magical destination that will never arrive.

This isn’t just infuriating, it’s also incredibly damaging to our physical and mental health. We’re in a perpetual state of motion, placing priority on doing (not being) and getting (not having), which leads to stress, overwhelm, and burnout.

And when you’re so busy you can barely breathe, you certainly don’t have time for self-care.

Chronic, unchecked stress is proven to contribute to a great number of health problems, including heart disease, diabetes, insomnia, anxiety, and depression. It can, quite literally, kill you.

You may be thinking, “how does any of this benefit patriarchy?” That’s a fair question.

Here’s the deal: When you’re stuck spinning in circles on a fruitless pursuit, you aren’t much of a challenge to the status quo. Your efforts are wasted, your energy is drained, and you accomplish no meaningful change.

The system is designed to simultaneously manipulate you into pursuing money and power while overtly and covertly keeping you from it.

[I could go into far more detail about how patriarchy keeps people from actually amassing money and power, but the long and short of it is the more marginalized boxes you check off, the more plentiful and dominant are the forces of denial.]

This cycle keeps you producing and acquiring, both of which contribute to the wealth of those in power, while wearing yourself too thin to fight against the system.

We aren’t invited to participate or given the option to opt out. All of this is so baked into the fabric of our society that we are indoctrinated into it without conscious awareness. And while we can never fully exit the system, we can become aware of it and function differently within it.

The good news is there’s another way, and I call it “playing smaller.”

I bet reading that made you bristle. It flies in the face of everything we understand to be true. How could smaller be better than bigger? Isn’t that choosing failure?

For the first 35 years of my life, I did what we’re all trained to do … I aimed high and worked hard.

I chose a career path at 9 years old, and relentlessly pursued it. I was the editor-in-chief of both my high school and college newspapers. I took AP classes in high school, and graduated college in 3 years.

Within 3 years, I married a nice guy, worked my way up into an editor role at the largest magazine in the country, bought a home, and had saved nearly six-figures for retirement.

Just 5 years after that, I was self-employed and earning six figures. We built a gorgeous custom home, went on regular international vacations, and I drove a shiny red BMW and wore designer labels.

Mine was the kind of life people envy… and I wasn’t happy.⁠

It wasn’t until I opted out of the “play bigger” mentality that my life actually expanded in ways that felt good.⁠

Today, I have a much smaller home, a 12-year-old Chevy, shop at Goodwill, and haven’t seen the beach in a few years. I still have big goals, but I don’t pursue them at the cost of sleep, time with family, or care of self.⁠

I’m “playing smaller,” yet my life feels bigger and better than I ever thought possible.⁠

Did hearing me say “playing smaller” make you uncomfortable? Did you laugh? Feel sorry for me? Think some version of, “oh, hell no, I’m not settling for less—she’s crazy!”?

Those reactions are perfectly valid, and I’m sure I would have done the same in the past. Before you run for the hills, however, give me some time to explain what I mean.

By all means, keep your big, hairy, audacious goals (if it feels good). “Playing smaller” isn’t about giving them up, but rather how you go about getting them. It’s about jumping off the patriarchal hamster wheel of productivity and acquisition, and giving up the idea that the reward is what comes after all the hard work.

“Playing smaller” means slowing down, loving yourself, and cultivating joy in the pursuit.

The truth is, “playing bigger” is what makes us smaller. To be successful in the patriarchal paradigm of more, better, and faster, we learn we must fit a prescribed mold. We can’t simply be ourselves; we must be less feminine, less Black or Brown, less loud, less plump, less flashy…

When we can’t fit the mold—and most of us literally or figuratively can’t—then we’re conditioned to believe it’s our own fault. There’s something wrong with us, not the system. And that leads us to start thinking smaller, about our goals and ourselves. We begin to believe we can achieve less and—worse—that we deserve less.

How might “playing bigger” actually be making you feel smaller?

Let me be really clear about what I mean by “playing smaller.” I don’t mean shrinking yourself or your goals. This isn’t “thinking smaller” or “being smaller.” What I’m talking about is playing, or how you approach life.

Patriarchy needs you to buy into “playing bigger” because inherent in that is producing and consuming. You must produce or work harder to achieve more and quickly reach your big goals. And you need to consume or acquire more to get all of the “stuff” of those dreams.

Playing smaller means no longer buying into the patriarchal idea that bigger and faster trump all else. To do that means opting out of the many tools patriarchy uses to push this narrative.

Wrapped up in “playing bigger” are things like perfectionism, hyper-productivity, the burden of expectation, a need for external validation, comparison, self-doubt or Imposter Syndrome, and loads of self-judgment.

You need to do it all, achieve it all, and get it all — perfectly, and NOW. The results of your efforts need to net the results you expect, exactly as you expect them. How you feel now is of far less importance than the promise of how you’ll feel when you reach the finish line. And the only way to really know how well you’re doing at playing bigger is to measure yourself and your results to everyone else. And when any one of these things doesn’t work out, and it often doesn’t, then you feel like a failure.

Whew. That’s a lot of trying to control the mostly uncontrollable! And it definitely sounds like a lot of tension, overwhelm, stress … struggle.

Wouldn’t it feel wonderful to release all of that? That’s what playing smaller is all about.

How do you make this shift?

Boiling it down to its core, I think it’s about learning to practice unflinching self-compassion to rebuild self-trust. With those things in place, you become unstoppable.

By self-compassion, I mean recognizing your truest needs. Not what society, religion, family or anyone else expects, but what your truest self needs to feel safe and content.

That may mean setting smaller goals. Or perhaps setting monumental goals, but allowing far more time to reach them. It could mean letting go of all goals and expectations in favor of finding fulfillment right now.

The only way to determine your version of playing smaller is to learn how to listen to your true self. For most of us, that’s really hard because we’ve been so deeply indoctrinated into these systems that benefit from us never really considering our own needs. We’ve never learned to hear our true self, to listen to our deepest needs, to trust our inner knowing.

That’s where my work comes in. I help women, femmes, and thems learn how to quiet the patriarchal noise and finally listen to, trust, and protect themselves. It’s not easy work, but it is absolutely possible.

And guess what? I work with really smart, super ambitious people. They aren’t throwing their dreams in the garbage and giving up. They are still working toward big things. But they are finally doing it in a way that feels good.

Finally, I want to share three questions that can be useful when it comes to making decisions from a place of relentless self-compassion: