39: Paula Williams: I’ve Lived as a Man and a Woman 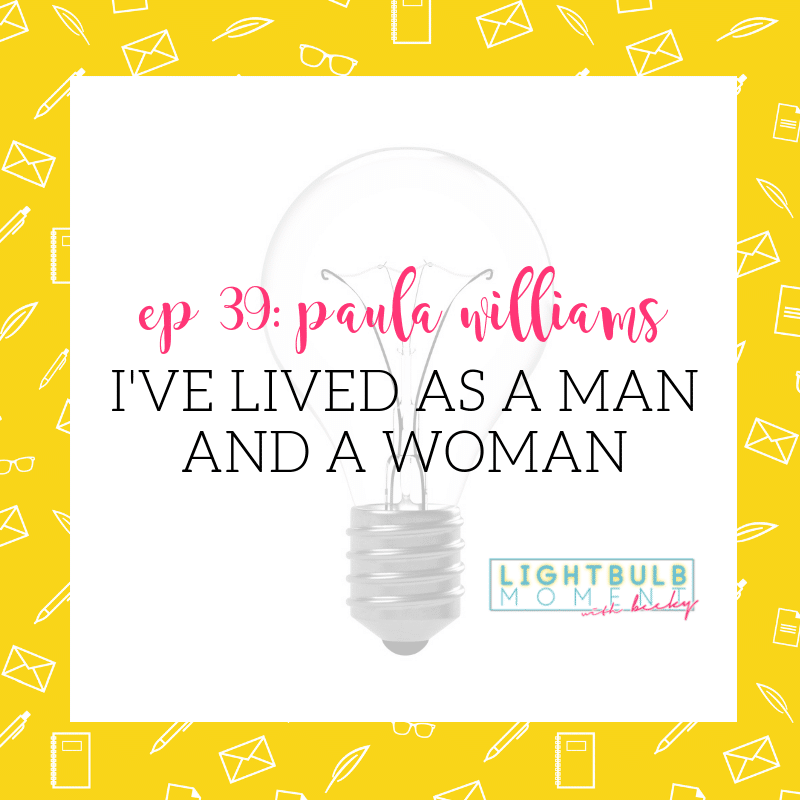 Every passing month gives Dr. Paula Williams more and more insight into the experience of women. She knew from a young age that she was transgender. She felt more attuned to the world of women than the world of men – but not really. As a male CEO of a large non-profit organization, Paula didn’t realize just how much male privilege she had.

From her first week living as a woman, it was a daily experience being confronted by how much privilege she no longer had. From a male passenger on a plane having his wine glass refilled four times while Paula had none, to a business meeting where her 35 years of expertise in the field was completely ignored, the reality of being a woman was all too apparent. And before you ask, it’s not a transgender thing. It’s a men/women thing, ubiquitous to all cultures, all over the world.

Dr. Paula Williams is an internationally known speaker on gender equity and LGBTQ advocacy. She is the Pastor of Preaching and Worship at Left Hand Church in Longmont, Colorado. She is also the president of RLT Pathways, where she provides pastoral counseling and corporate consulting. Paula has consulted with international corporations, religious denominations, media outlets, including NPR’s Radiolab, and state governments.

As a transgender pastor and keynote speaker, Paula has been featured in the New York Times, TED, TEDxMileHigh, the Denver Post, New Scientist, Radio New Zealand, The Huffington Post, and Colorado Public Radio. Paula’s TEDxMileHigh talk on gender equity has had over 1.6 million views on YouTube.

“What Works for Women at Work” by Joan C. Williams and Rachel Dempsey