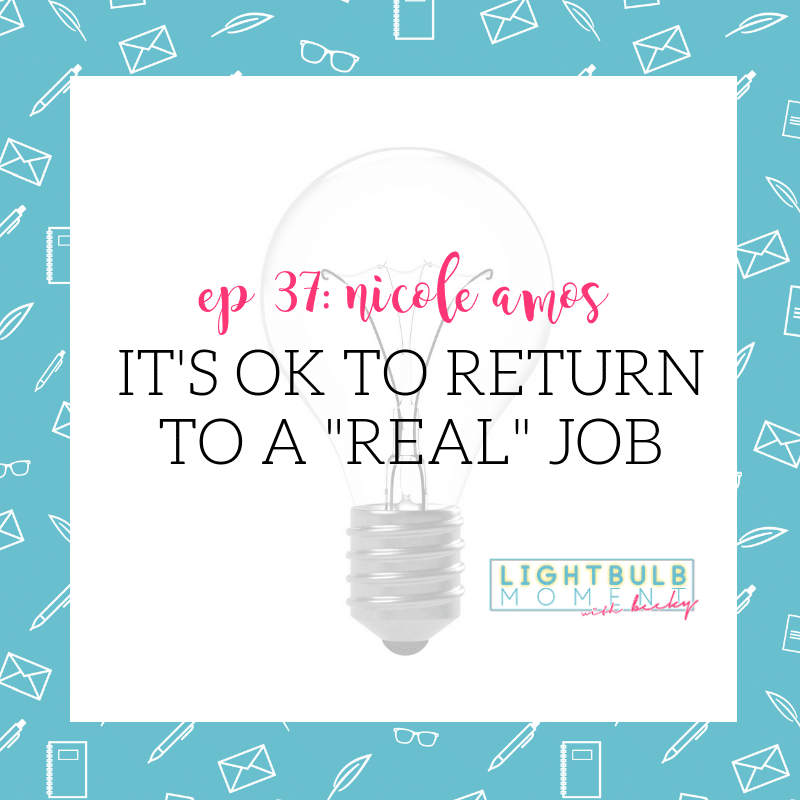 Nicole Amos started her career as a Product Manager in the tech field. She became an accidental career coach when people kept asking her how she did this or found that and kept referring other people to her. She didn’t know other people were doing this, or could do this, or were getting paid to do this. Years later, she had a 3 a.m. revelation that maybe she should be charging for this service. Going down a Google rabbit hole showed her how much she could charge.

With a layoff on the horizon, Nicole viewed it as an opportunity to give full-time entrepreneurship a try. However, she struggled with a lack of productivity, some personal issues, and comparing her insides to other people’s outsides. After realizing that she was trading time for dollars, and working harder than she had in her corporate job, she decided to get a “real” job again. As she puts it, “It’s hard to focus on your business when you can’t pay your bills. And it’s perfectly fine to get a job.”

More in this episode…

Nicole Amos is a Product Manager in tech by day and side hustling as a career coach. She loves providing insider tactics and emotional boost to advance your career. Her no-BS approach accelerates your growth so you can focus on what truly matters.