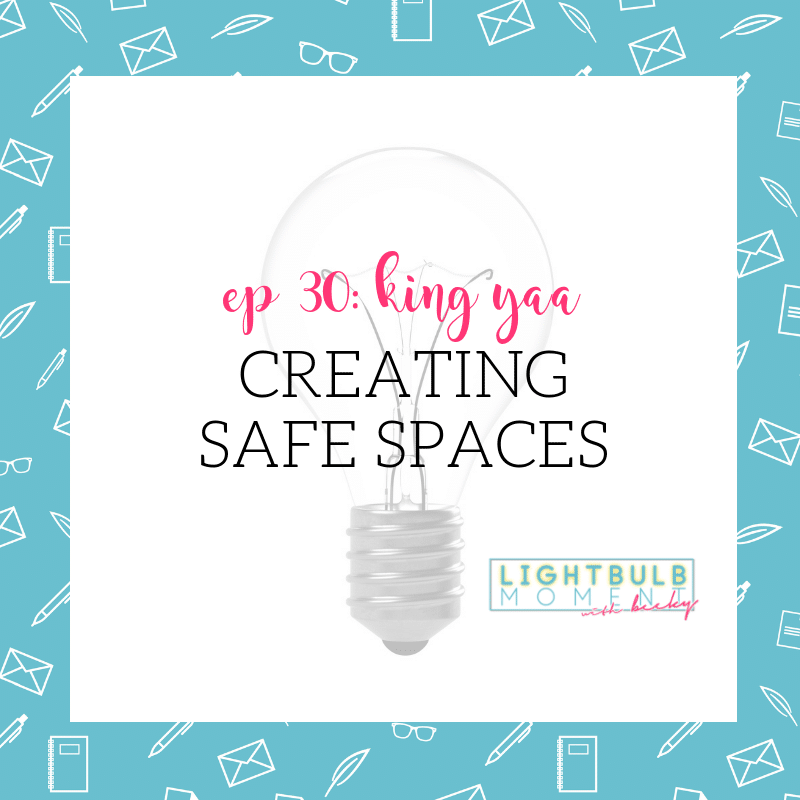 Never miss a new episode of Lightbulb Moment! Sign up for the weekly newsletter and you’ll also learn behind-the-scenes stories and get bonus tips not shared in the episodes.

king yaa started her journey into health coaching by chance. She’d earned her personal training certificate just for herself, but women began approaching her for coaching so she helped new moms get their pre-baby bodies back.

Soon, she realized something needed to change when these moms apologized for being late, missing a session, or being tired because their babies were up all night. She realized these , in the most vulnerable time of their lives, were afraid king was judging them. It was time to combat toxic gym culture.

More in this episode…

king yaa is a black, queer, MoC, intersectional feminist mama currently living in Cape Town, South Africa. She’s passionate about all things relating to /queer/trans/fat/ health and wellness on a global level. She likes to weave the intersections of her multiple identities into her work and play and encourage LGBTQ+ to take up space and commit to living their best lives in their bodies.