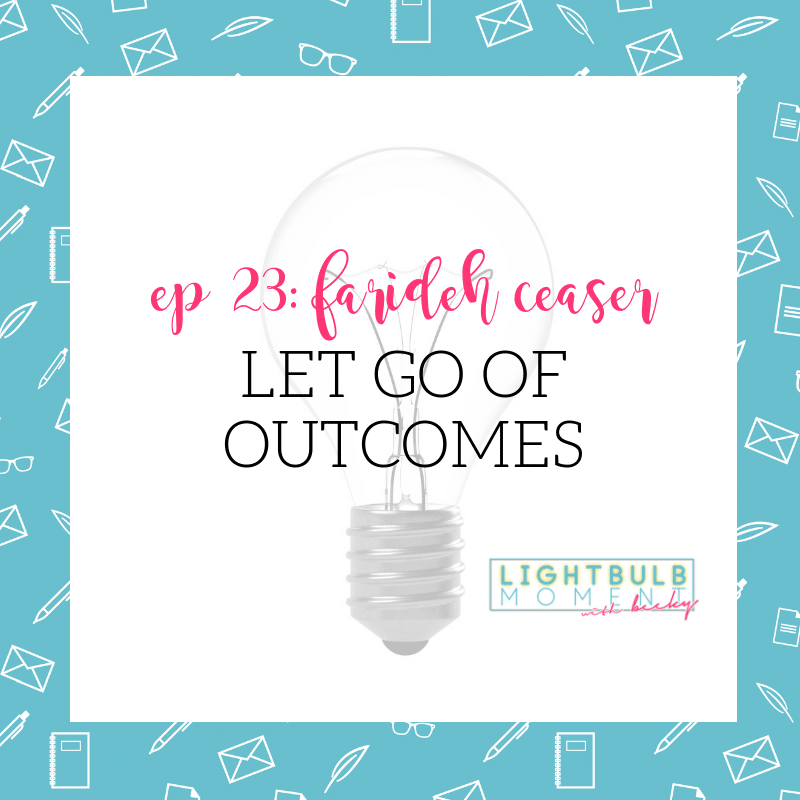 Never miss a new episode of Lightbulb Moment! Sign up for the weekly newsletter and you’ll also learn behind-the-scenes stories and get bonus tips not shared in the episodes.

Farideh Ceaser began her music career by singing on top of coffee tables when she was just two years old. She released my first solo album at 20, and another at 24. Eventually, though, her music career felt like knocking on door after door with none of them opening. It got to the point where she just wasn’t having much fun.

So, she decided to quit… as soon as she wrapped up two last projects. They wound up bringing the success she had been wanting. One of those projects was her band, Rosie and the Riveters.

On this episode, she’s talking about how letting go of expectations and outcomes changed everything.

Farideh Ceaser is a singer and songwriter with all-female folk/pop band Rosie & the Riveters. She also is part owner in her Facebook Advertising firm, Ceaser & Bast.