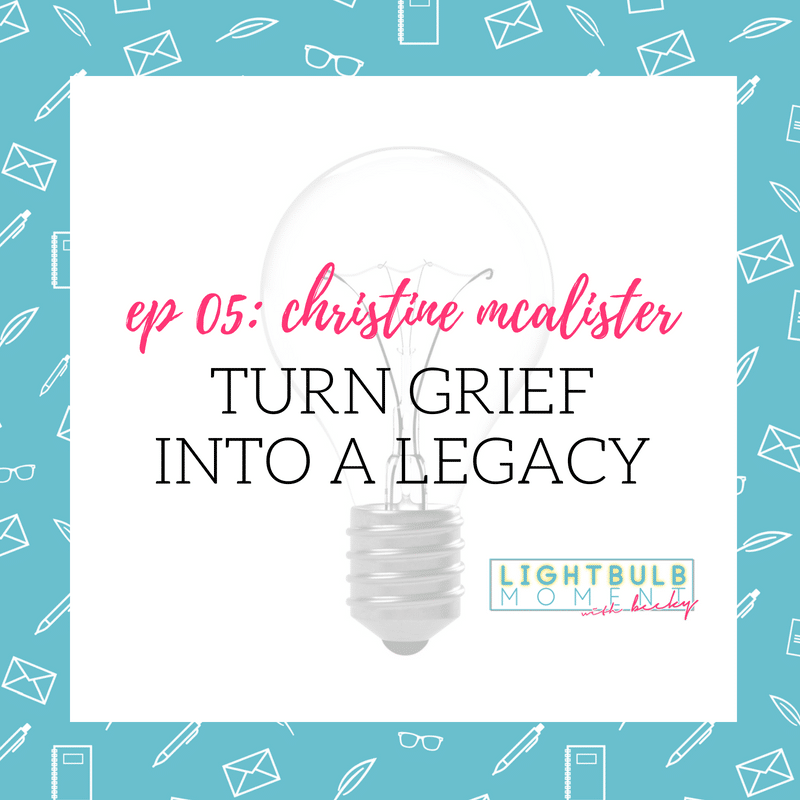 How do you respond when “the worst thing” happens? You know what it is–that thing you’ve feared the most, but soon learned it was destined to be your “worst.” Today’s show is about making the choice to move forward with good and a flat-out refusal to let that worst moment define you, even though it forever changes you.

When Christine McAlister lost her first daughter, she realized she had a choice. She had the choice to hope to survive and keep doing what was comfortable and normal and what others expected of her or to get over her fears and use the grief to create a legacy that mattered for her daughter and for herself. She chose the latter and her whole life changed for the better. She started a new, more aligned business, co-founded a non-profit with her husband, and rediscovered who she’d been as a child—her true self–someone who was ready to use her unique gifts to help others. This is a story of devastating loss and incredible triumph.

Christine is a business and success coach and the author of The Income Replacement Formula: 7 Simple Steps To Doing What You Love & Making Six Figures From Anywhere. Her company, Life with Passion, helps high-achieving go-getters use their gifts to quit their 9-5’s by creating and growing online businesses from their passions. We talk about the difficult subject of losing a child and how that experience shaped Christine’s life. It’s a beautiful and moving story from which we can all learn to take our worst moments and turn them into something good.

Now I Lay Me Down to Sleep